Marami na ang nakaka-miss kay KC sa TV. After her trips abroad, she's here na at super hectic daw ang schedule with different projects! Well, ngayong April siguradong we'll see more of her because this is her birthday month - and according to her, thanksgiving month niya for all the love and blessings she gets from all of us. Ang mga dapat abangan sa kanya?
Her second album, na dinescribe niya na "so her". It will be released first week of April, and will be launched on April 11 sa ASAP XV. The carrier of her new album is "Not Like The Movies." 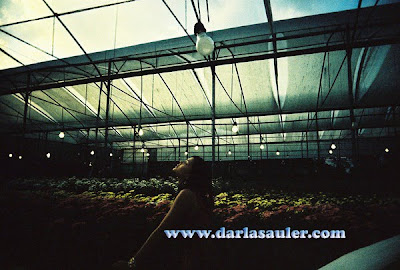 Plus, of course being one of the country's most-sought after endorsers, busy rin siya with commercial shoots. The  photo below was taken during her shampoo commercial shoot. She's with Juan Sarte and manager Shirley Kuan. 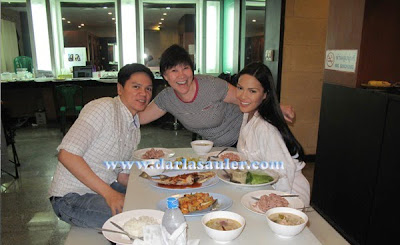 And syempre, ang inaabangang pelikula niya with her Papa Gabby Concepcion and Jericho Rosales under Star Cinema, ang "I'll Be There For You." 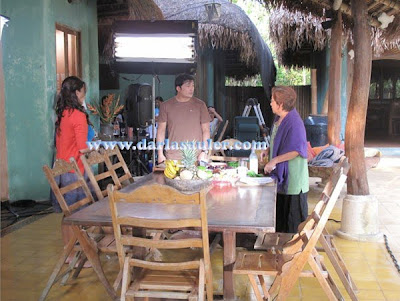 Miss you Bebe! Hehehe! Thanks for allowing me to post these photos here!
Labels: i'll be there for you kc concepcion star cinema