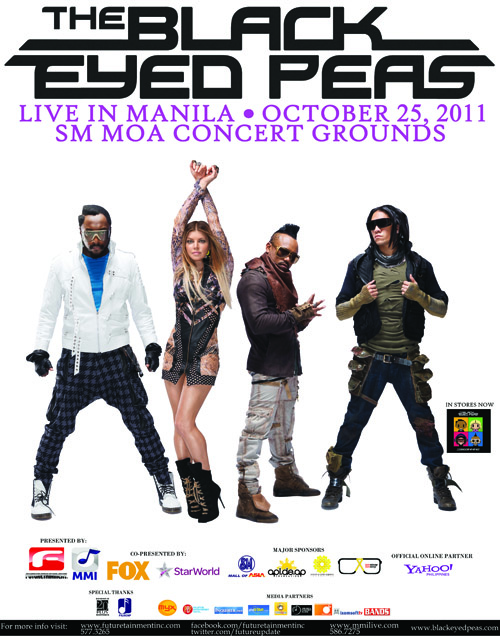 It has only been more than a week since they have gone on sale but tickets to the Black Eyed Peas Live in Manila 2011 are now selling like pancakes! Some sections are almost full! It’s evident that thousands of fans are extra excited for the return concert of the four piece ensemble in the country.  The multi-Grammy Award winning and hottest selling group composed of rappers will.i.am (William Adams), Filipino apl.de.ap (Allan Pineda), Taboo (Jaimed Gomez) and recently wed songstress Fergie (Stacy Ann Ferguson) have just wrapped up their sixth successful tour--The Beginning.  Keeping their promise, they are set to hold a greatest hits non-stop dance party on October 25, 2011 at the Mall of Asia open grounds.
Having announced that they will go in an indefinite hiatus early this year, the act behind several wonder hits such as “Where is the Love,” “Let’s Get It Started,” “My Humps,” and “I Gotta Feeling” surprised Asia by holding two special concerts: one in Seoul, South Korea and second in Manila, Philippines. Filipino member Allan Pineda a.k.a apl.de.ap cleared that they are not breaking up. “We always have a cycle where we take a break and pursue our individual projects. We’ll never break up. Black Eyed Peas is a friendship that can never be broken,” adds the Pinoy rapper in his last interview with Yahoo! Philippines OMG last August.
For the past decade, BEP’s sound has raised the standards of pop music to greater heights. They are successful in singing and performing from their soul. Not only are they recognized for their talent, but their work has inspired people from all walks of life. Having won several Grammy awards in spite taken several individual breaks is proof of the group’s power and influence. Recently, fans all over the world get to live on one of the best dance and concert experiences with their hits such as “Boom Boom Pow,” “Don’t Stop the Party,” “Imma Be Rocking That Body,” and “The Time-Dirty Bit.” 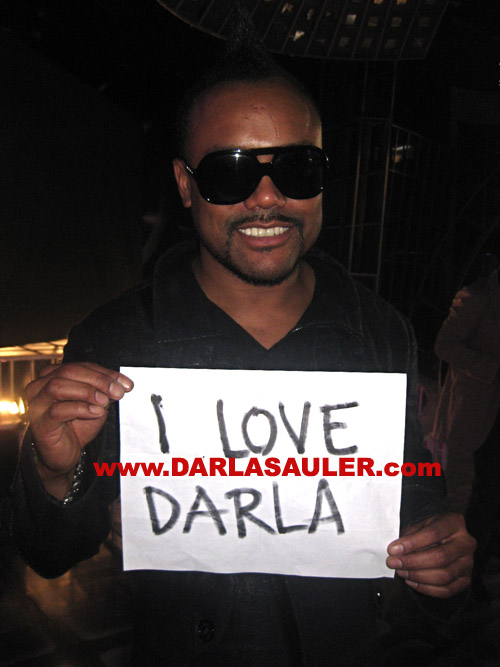 Because of the continuous love and support that promoters Futuretainment and Music Management International have been receiving for the past half a year, they are currently offering limited discount promos for some sections of the Black Eyed Peas Live in Manila 2011 concert. They also are brewing a special seat sale promo with Philippines’ largest airline—Cebu Pacific.  Fans can meet the BEP halfway with big savings on international and domestic flights. Crowds not only from the Philippines but enthusiasts from all across neighbouring countries in Asia are expected to have the time of their lives with the BEP experience! This is indeed history in the making!
For more information on BEP tickets, call SM Tickets at (02) 470-2222, TicketWorld at (02) 891-9999 and Futuretainment hotlines at (02) 577-3265 and (02) 586-7275. For updates to the BEP Live in Manila 2011 concert, log on to www.futuretainmentinc.com.
*Press Release from Futuretainment and Music Management International
Labels: black eyed peas live in manila