Mario Maurer with the Princess and I family in ASAP Singapore! 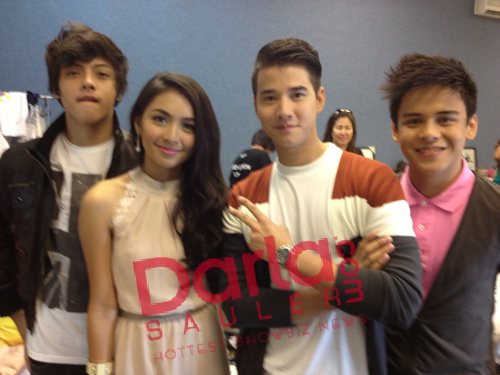 Thai superstar Mario Maurer recently joined the biggest stars of ABS-CBN in bringing smiles to the faces of thousands of Filipinos during the grand visit of "ASAP 2012" in Singapore.

After the warm welcome of ASAP Kapamilya, the lead actor of Star Cinema’s upcoming film "Suddenly It's Magic" further added entertainment in the show by hosting and through a special production number that he offered to his fans. But the crowd turned wilder when Mario announced that his film with Erich Gonzales will have a Singapore screening beginning November 1.

Meanwhile, Mario throws a bigger treat to his Pinoy fans as he will return to the Philippines on October 29 to promote "Suddenly It's Magic" in different ABS-CBN shows.