In the tradition of discovering a new breed of stars, Star Magic presents the freshest batch of discoveries! The new faces, sons and daughters of showbiz royalties and former child wonders are the new crop of Star Magic artists who are ready to prove that they have what it takes to succeed in the world of show business. Their looks and outstanding talent are sure to impress every Kapamilya fanatic. Watch out for Star Magic Circle 2013 as they will conquer the airwaves, movies and television really soon. 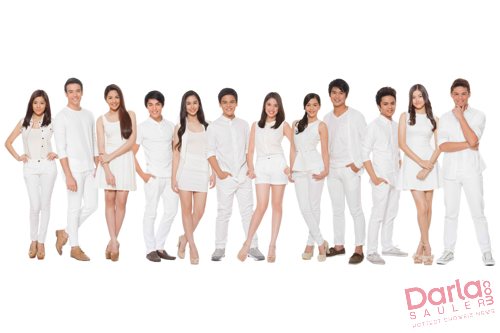 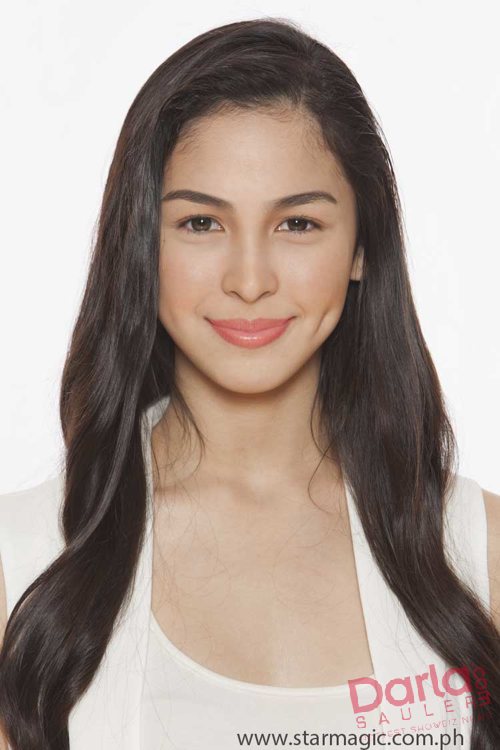 Considered showbiz royalty because of her parents Marjorie Barretto and Dennis Padilla, Julia Barretto has long been waiting for her big break on television. Julia has been encouraged by the people around her to try showbiz and that she’ll definitely become a big star in the future. She dreams of having a teleserye, like that of her aunts Claudine Barretto and Gretchen Barretto, and even a recording album as she believes she has what it takes to be a singer. Eventually, Julia wants to be known in the industry because of her skills and not just because of her parents and aunts. She wants to work with Sam Milby in a movie or teleserye. 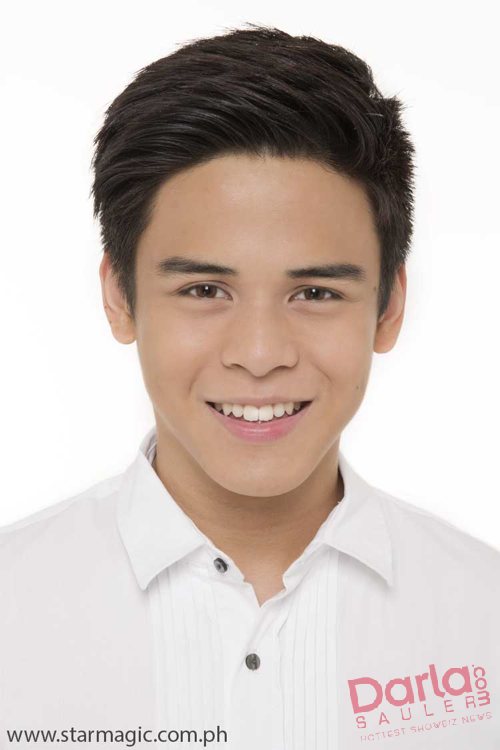 Catapulted into the spotlight after landing second place in “Pilipinas Got Talent’s” third season, Khalil Ramos feels very blessed to have gotten the role of Kiko in primetime teleserye “Princess and I” in the short time he is in showbiz. He was very thrilled to see his face every day on TV and in the primetime slot nonetheless. Although he is thankful to have broken into the world of acting, Khalil emphasizes that his number one priority is still his singing career. Wanting to perform in front of people since the age of five, Khalil says he wouldn’t mind doing a dramatic show again or an action teleserye in the future. Khalil says he felt really challenged with his stint on “Princess and I,” because aside from it being his first ever teleserye, he was able to work alongside known personalities like Kathryn Bernardo, Daniel Padilla, Gretchen Barretto and Albert Martinez.


CLICK HERE for the other Star Magic Circle Artists! 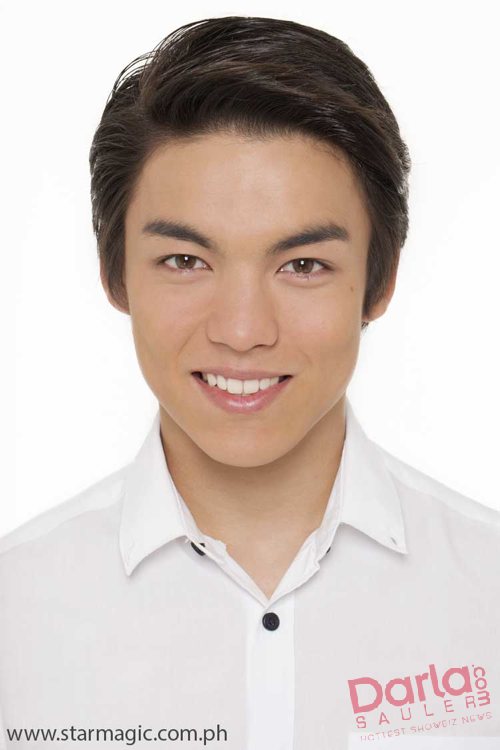 When his father didn’t approve of his career in modeling, Scottish-Filipino Alex Diaz pursued it behind his back. After living in Canada for two years, Alex went back to Manila and he was invited to a go-see in Star Magic after his stint in a TV commercial. A dean’s lister at the Enderun Colleges where he is taking up Marketing Management, Alex says he has always had a passion for the arts since he was a little kid. The young man admits though that he got star struck seeing famous celebrities when he was waiting in line at a PBB audition and he is curious of how it is to be a star. He hopes to see himself starring in a movie or teleserye in time. 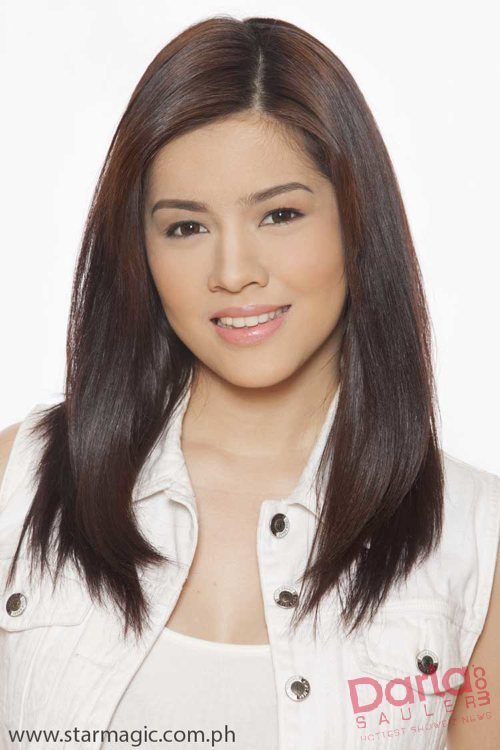 Eighteen year old Ingrid dela Paz was very happy to have been discovered by ABS-CBN President  and CEO Charo Santos-Concio herself at the Gawad Eugenio Lopez, where she was an usher. Inspired by her family, Ingrid had been long-wanting to pursue a career in acting since she was in high school. Being a member of the drama club boosted her confidence. Now a college student at the Far Eastern University, she hopes to be able to make of her come true and become famous. Ingrid made her first on screen appearance in an episode of “Maalaala Mo Kaya.” 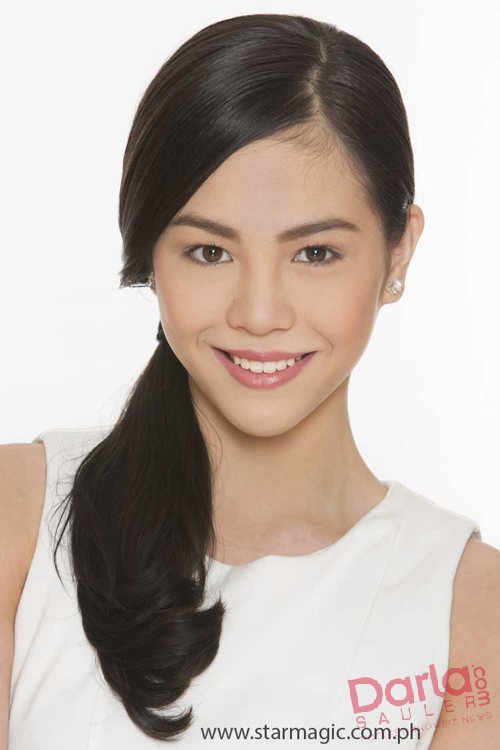 Popularly known as Sir Chief’s daughter, Nikki, on hit serye “Be Careful with My Heart,” Janella Salvador was first seen on television in a variety show. In real life, Janella is the daughter of actress-singer Jenine Desiderio and singer Juan Miguel Salvador. Inspired by her mother, Janella hopes to star in her own teleserye someday, like that of her favorites “Princess and I” and “Ina Kapatid Anak” or a dramatic episode of “Maalaala Mo Kaya.” She also wants to work with her crush, Daniel Padilla. 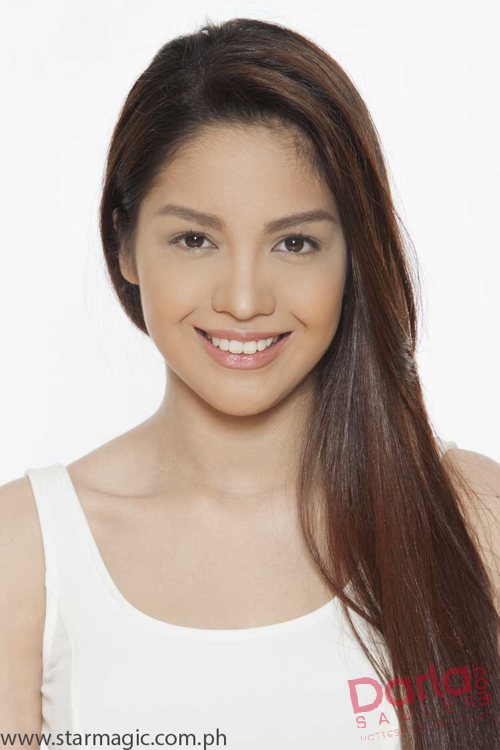 A familiar face on television because of her stint as an original “Goin’ Bulilit” Kid, Jane Oineza has been working as a child actress since the age of four. She blossomed as a young woman on the shows “Ligaw na Bulaklak” and “Maria La Del Barrio.” At the young age of sixteen, her work as an actress has already been recognized, not only in the country, but also abroad. Her “Maalaala Mo Kaya” episode opposite Angel Aquino as an abused child earned her a nomination at the prestigious New York Festival.  Jane says she wants to be like Bea Alonzo, who is a very versatile actress and she is looking forward to try a lot of different roles in the future. She wants to try action, like that of the Angelina Jolie movie “Salt.” She also wants to do romantic comedies like “Crazy Little Thing Called Love”. She hopes to stay and work in ABS-CBN in more years to come. 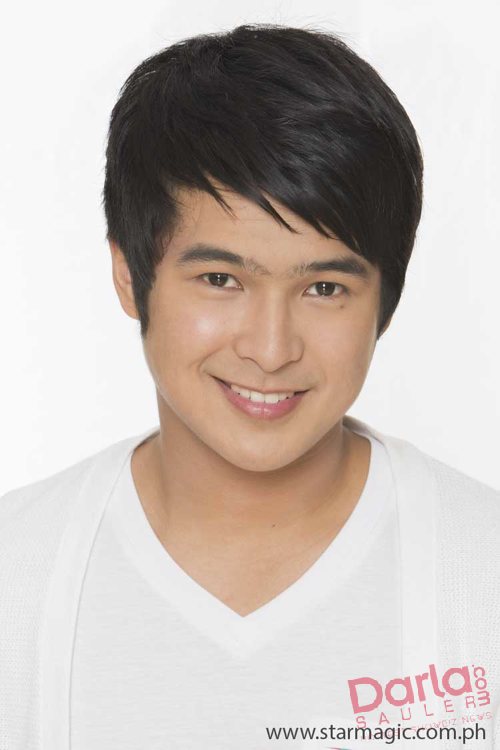 Jerome Ponce attempted to be a PBB teen housemate twice but fate instead led him to a go-see of the now hit afternoon drama “Be Careful with My Heart.” Now popularly known as Sir Chief’s firstborn, Luke, he fondly remembers his audition for the show. He says the show’s staff called him up, not to inform him if he passed, but to inform him of their taping schedule. And he even had to memorize his script in ten minutes. Jerome says he wants to give showbiz a chance and postponed his collegiate studies at the Mapua University. He shares that he likes making people smile and he likes the acknowledgement one gets in the business aside from the fame and the lifestyle. Jerome wants to maintain the ‘good boy’ image he has on “Be Careful with My Heart” but says he eventually wants to take on more versatile roles. He adds that he feels lucky to become a part of Star Magic and hopefully become a serious actor in the years to come. 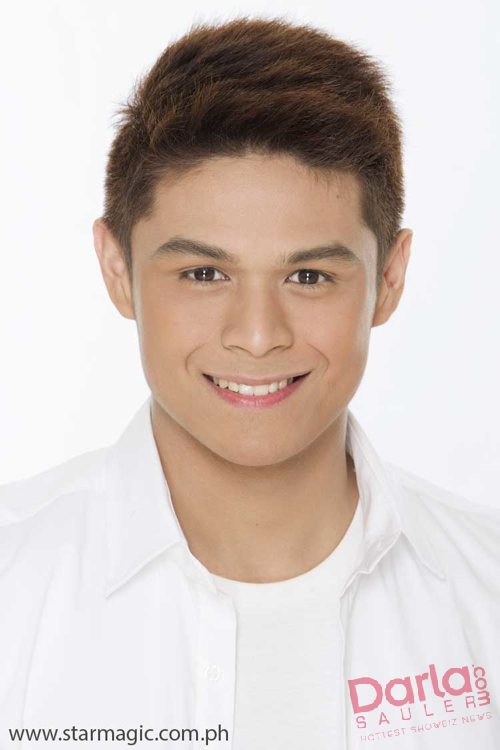 Jon Lucas shares that at first he only wanted to be a university basketball player but when he joined a pageant in 2010, his friends encouraged him to pursue a career as an actor. He is very lucky to have made it to the final list of Star Magic Circle Batch 2013 as he lined up along with five hundred other hopefuls in the talent management’s public audition last April 2012. He remembers being the hundred twenty-ninth among thousands of aspiring artists. He is very lucky to be noticed and to be part of the newest batch of artists. The young man adds he can’t wait to work with his idols Coco Martin and John Lloyd Cruz and his ultimate crush Erich Gonzales. He is currently being seen on “Kahit Konting Pagtingin” as Angeline Quinto’s younger brother. 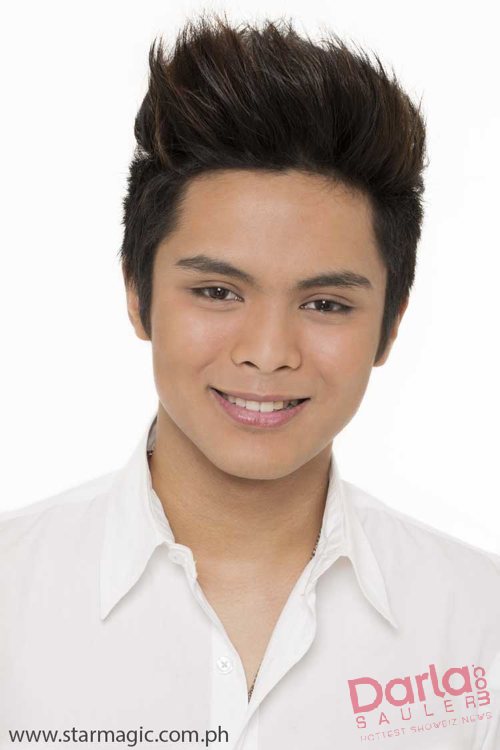 Son of Senator Jinggoy Estrada, Julian inherited the acting bug and began his showbiz career when he appeared in his father’s 2008 movie, “Katas ng Saudi.” A second year high school student at the OB Montessori, Julian admits he is a very shy person but after he discovered acting, he has become open to more possibilities in show business. Julian believes he will be good in doing dramas and hopes to make his family proud. Julian feels he will succeed in doing bad boy roles and wants to act opposite John Lloyd Cruz and Anne Curtis someday. 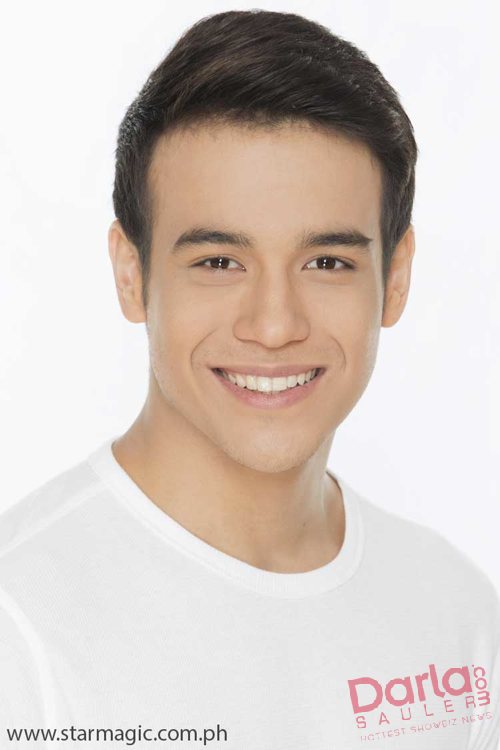 Attracted to fame since he was a young boy, Kit Thompson is most remembered as a former housemate in Pinoy Big Brother’s last teen edition. He first became a ramp model and at a Bench Fashion show, he was asked by a stylist if he wanted to try show business, leading to his stint on PBB. The Fil-New Zealander got his first acting gig via the Iza Calzado starrer “Kahit Puso’y Masugatan” and hopes he will star in more dramas in years to come. He will soon be seen on the silver screen in the Kathryn Bernardo and Daniel Padilla starrer “Must Be Love.” His advice to those who want to pursue showbiz is to be serious in their crafts and not do things half-heartedly or hurriedly. He says everything will come in its right time and place, like it did for him. 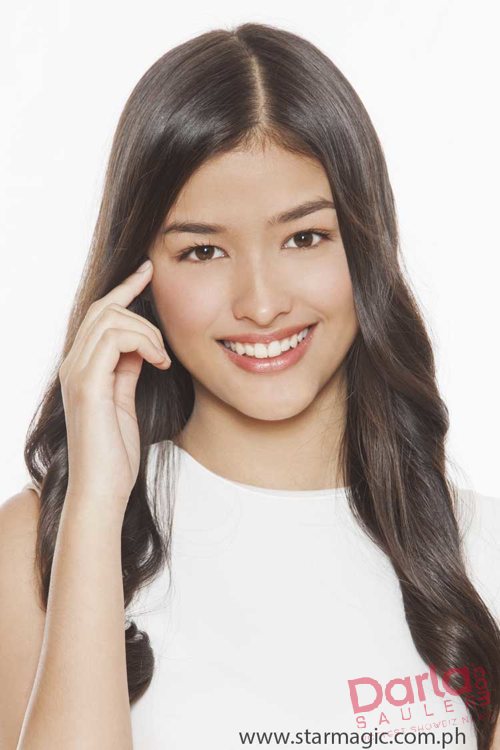 Proud to have been part of hit afternoon serye “Kung Ako’y Iiwan Mo” as Jake Cuenca’s younger sister, Liza Soberano says she can’t wait to tackle her next project. The 15 year old already envisions herself as a prime actress in the years to come and wants to portray a variety of roles from being the good girl to being the “kawawa” one. She admits to not taking her job as a commercial model seriously but has eventually taken acting to heart. Liza will have her first big screen appearance in Star Cinema’s “Must Be Love,” as the “ka-love triangle” of Kathryn Bernardo and Daniel Padilla. 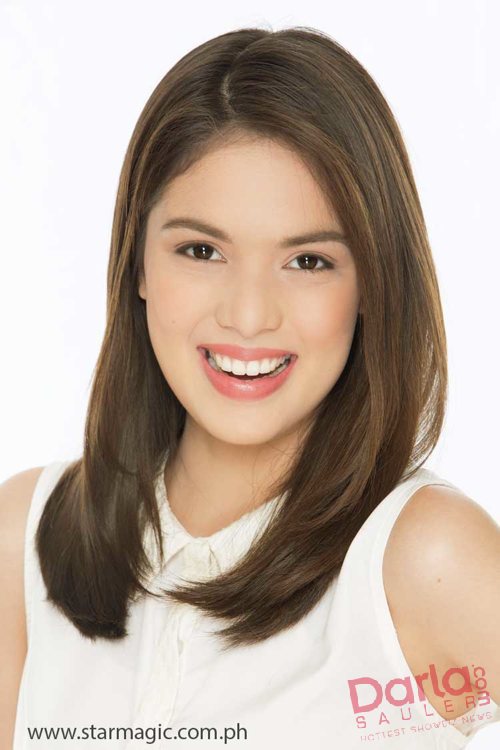 Michelle Vito didn’t mind playing the mean girl in recently concluded teleserye “Aryana” as it honed her skills as an actress. The teen admits she idolizes Bea Alonzo and Julia Montes and that they inspired her to pursue acting as a career. Michelle began modeling when she was just a kid and she says her most memorable experience is about it is falling in line for hours just for a go-see.