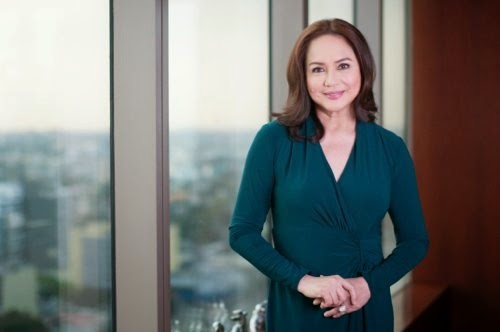 ABS-CBN and its president and CEO Charo Santos-Concio were hailed as the Gold Stevie Award winners in the Services Company of the Year and Woman of the Year categories for the Philippines at the prestigious Asia-Pacific Stevie Awards.

ABS-CBN is one of the only two Philippine companies to receive a Gold Stevie Award this year. More than 300 nominations from organizations across the Asia-Pacific region were considered in 18 categories.

The Asia-Pacific Stevie Awards are the first business awards program to recognize achievement in business in all 22 nations of the Asia-Pacific region. They are the newest of the Stevie Awards programs, which are widely considered to be the world's premier business awards, conferring recognition for achievement in the workplace in programs such as The International Business Awards for more than a decade.

The award-giving body recognized ABS-CBN’s business achievements in the past year, most especially its efforts to provide public service to Filipinos by launching the “Tulong Na, Tabang Na, Tayo Na” campaign that included initiatives such as the selling of Tulong shirts and the star-studded Tulong fund-raising concerts to help the victims of typhoon Yolanda, and conducting relief and rehabilitation efforts for the victims of typhoon Pablo, Zamboanga crisis, and the Bohol quake.

Gold, Silver and Bronze Stevie Award winners were selected by more than 50 executives around the world.  A second international panel of judges will choose five Grand Stevie winners from among the Gold winners in early May.  The Grand Stevie winners will be announced at the May 30 banquet in Seoul.
Labels: abs-cbn asia-pacific stevie awards charo santos-concio gold stevie awards