Charo Santos-Concio named one of Most Influential Female Industry Personalities by Adobo Magazine!

ABS-CBN president and CEO Charo Santos-Concio has been chosen by Adobo magazine as one of "the most influential female industry personalities" in the Philippines and across the region.

In its 9th anniversary issue, Adobo magazine published its first-ever "Women of Influence," where Santos-Concio was listed as among the 20 "fine, fresh, fierce" women executives and personalities. 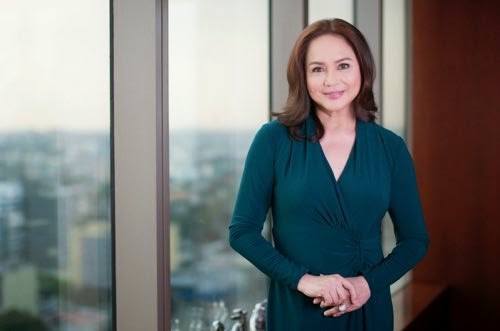 "I am extremely thankful to have the chance to lead a company whose core is to provide service. In the words of Kapitan (former ABS-CBN chairman emeritus Eugenio Lopez, Jr.): It is an opportunity to render public service without being in public office," she told Adobo magazine.

“ABS-CBN is in business to serve our public. Impeccable service is our corporate philosophy. It may be altered, dimensionalized and expressed in varying consumer-oriented communications executions, but it must remain oriented towards the very public that supports and sustains us,” she added.

As the first female president of the largest media conglomerate in the country, she considers “sustaining the corporate growth and leadership momentum that ABS-CBN chairman Eugenio Lopez III has started, and continuing to create world-class content that can be applied in various platforms” her mission.

When Adobo asked Santos-Concio what experience has helped shape her into the woman she is today, she cited civil rights activist Harriet Tubman, who said: “Every great dream begins with a dreamer. Always remember, you have within you the strength, the patience, and the passion to reach for the stars to change the world.”

In 2014, Santos-Concio bagged three international honors for her outstanding leadership and accomplishments as the president and CEO of ABS-CBN.

Santos-Concio, who completed an Advanced Management Program at the Harvard University, was appointed CEO in January 2013. Prior to this, she was ABS-CBN’s president and chief operating officer since 2008. She was previously the head of Channel 2 Mega Manila Management.

Onscreen, she hosts ABS-CBN’s longest-running drama anthology “Maalaala Mo Kaya.” She began her career in ABS-CBN as a television production consultant in 1987 after working as a line producer for BanCom, Audiovision, Vanguard Films, Regal Films, and Vision Exponents. She also worked as a film production manager for the Experimental Cinema of the Philippines.
Labels: Adobo Magazine award charo santos-concio CSC Most Influential Female Industry Personalities recognition